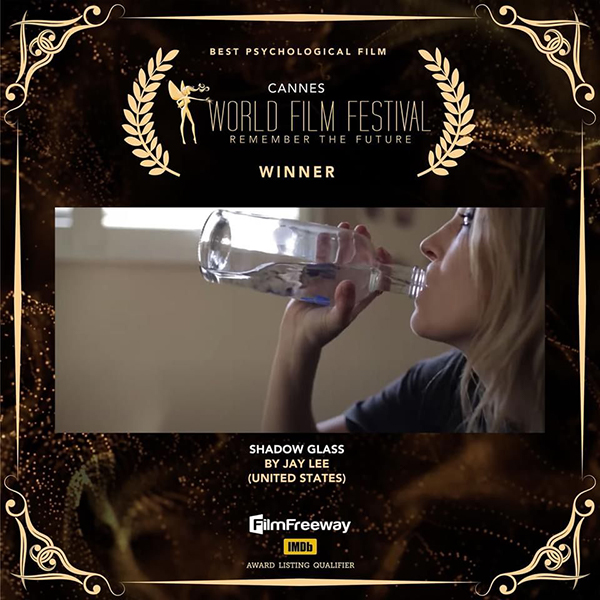 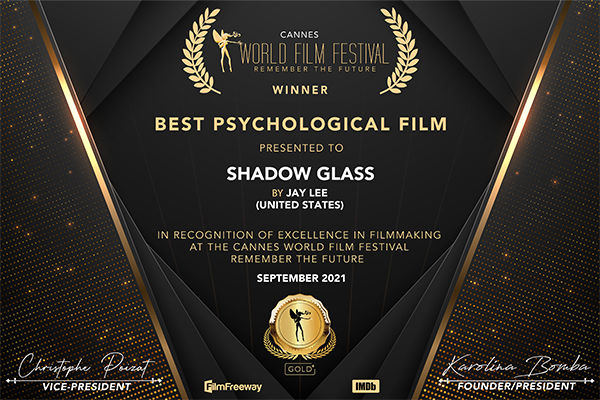 At Shinca, we honored to share you all an extraordinary news that our American short film Shadow Glass just won another award for "Best Psycological Film" at the Cannes World Film Festival - Remember the Future in Cannes, France 🇫🇷! The film was starred by Ava Hall and directed and written by Jay Lee.

At this festival, our film won in the monthly international competition for September 2021 and now automatically entered in the annual competition to win as an Annual Grand Winner. The Annual Award Ceremony is scheduled to take place in a Luxurious Villa in the heart of Cannes in 2022. The special screenings of some of the Annual Grand Winners will be organized at a famous theater in Cannes, the world's capital of Cinema!

Again, we’d like to thank and congratulate our cast and crew of the film!